Where to start? How about 3 great cheeses from Earth Fare 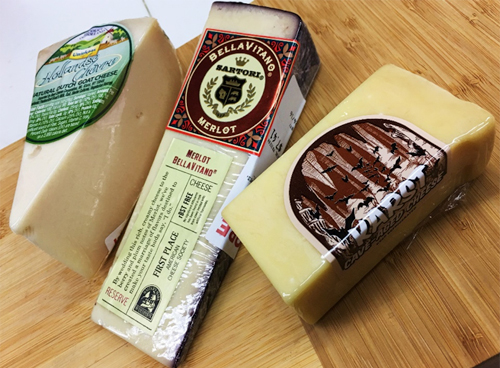 A cold and dreary Thursday afternoon was easily remedied with the courtesies of Joe Elliott and a local grocery as they allowed me to review a spectacular selection of their cheese counter. The beauty of cheese is not only found in its laborious production and unique flavors, but also in the environments that it is found. Cheese is often accompanied by wines/beer and social interaction. THAT is the true magic behind cheese- the people, the memories and the events at which it can be found. It is not simply a food, but an icon. The accompanying variety and array of flavors is an added bonus! Through learning more about cheese and appropriate pairings, I hope to share this knowledge with others and assist them in making their next event reach an even higher caliber!

Joe has been head of the specialty department with the Augusta Earthfare for more than seven years and with the company itself for much longer. Through his many years of experience, he has become knowledgeable in the field of cheese and beverage pairings, particularly that of wine. My hopes were to pick his brain a slight bit regarding different cheeses, flavor profiles and pairings.

When I entered the store, I had absolutely no idea what to expect. Making my way towards the cheese bar, I approached Joe with a smile and described to him my reason for visiting. Surprisingly, I was allowed behind the cheese counter and given VIP access to the department. My mission was simple here. All I did was ask Joe to choose three cheeses from his stock: one of his favorites, the current popular choice, and a unique cheese. Once the proposition was muddled over a bit, he selected a Uniekaas Hollandse Chévre, Sartori Merlot Bellavitano, and a Karst Cave-Aged Cheese.

He grabbed the three choices and commenced to slice samples for us to try and discern flavor profiles. To avoid instituting the power of suggestion, we both tasted the selections in the listed order and noted our thoughts/opinions per each. Once done, he told me what information he could about each cheese and then suggested in-house wine pairings for each. The results of our tastes and his suggested wine pairings are listed below, accompanied to each cheese. 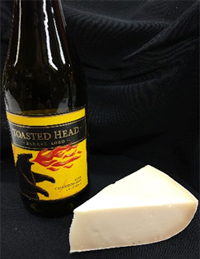 “Hollandse Chèvre, aged at least six weeks, is handmade from 100% goat’s milk and is perfect for those who are lactose intolerant. Its rich, nutty flavor and smooth, creamy texture resembles that of a classic Dutch Gouda. A unique characteristic of this product is its semi-hard texture which makes it much more versatile than most other chèvres in the kitchen.” – From their Website

The cheese appears innocent at first, but it is actually a hero in disguise. Packed full of flavor, there is a delicious creaminess to the chèvre quite representative of a soft butter. Its smooth texture and buttery undertone makes this cheese an extremely pronounced character.

This was Joe’s choice as “one of his favorites” when he first began choosing selections from the cheese counter. When inquired as to his tasting notes, he responded, “smooth and velvety with a slight bit of sweetness.” As soon as he mentioned the slight sweetness, I could taste it, but would not have thought to even mention that tasting profile until he had said it himself. There is clearly a complexity of taste in the cheese and Joe’s years of experience have developed a discerning tongue. As for the wine pairing for this chèvre, a ‘woody’ chardonnay was suggested as Joe pulled a 2014 Barrel Aged Chardonnay by Toasted Head from the shelf. The combination seemed like a marriage meant to be once I pondered it for a moment. The velvet-creaminess of the cheese matched with the earthy tones of a chardonnay would certainly come together nicely. This was a fantastic beginning! 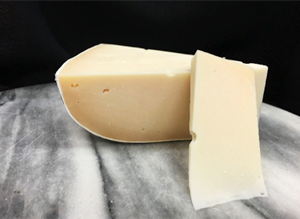 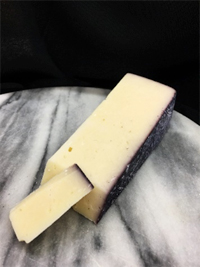 “By wedding this rich, creamy cheese to the berry and plum notes of Merlot, we’ve created a marriage of flavors destined to make your taste buds say, “I do.” On that note, if you invite a few friends from our pairing guide — say, toasted walnuts, thin slices of prosciutto and semisweet chocolates for dessert — the honeymoon never has to end.”- From their Website

According to Joe, the Merlot Bellavitano by Santori is a “frequently purchased crowd favorite” which may be due to several factors such
as its deliciously, nutty taste and unique purple skin. The distinct coloration is caused by the cheese wheel being “washed” with a fine merlot, and the cheese itself exhibits a “crumbly, rich, parm-cheddar-like profile”. When asked which wine he would pair with this cheesey morsel, Joe laughed and said, “It’s in the name!” as a merlot was chosen frm the inventory. He found an organic, Italian-style merlot by Pizzolato which I have previously had the pleasure of enjoying. The wine displays an adequate degree of sweetness which goes well with the nutty and salty flavors of the bellavitano. 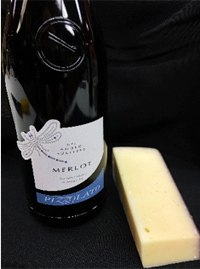 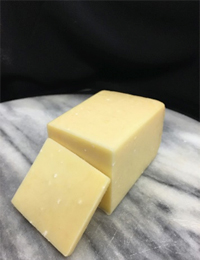 “Karst is an original, American artisan cheese, which has been cave-aged to perfection in Vermont. Karst features a natural rind. It is the result of an inspired blend of Cheddar and Gruyere starter cultures. This pasteurized cow’s milk cheese is firm with a sweet and nutty flavor. From a centerpiece on a cheeseboard, to a mac & cheese, Karst is sure to be a delight.” – From their Website

If you are a fan of either cheddar and/or gruyere, then this is certainly a cheese to try. Aside from the interesting label displaying bats as per its cave-aged description, the cheese appears to be a harmless cheddar. Regarding taste, however, it masterfully “combines the earthy smoothness and texture of a gruyere with the sharpness and appearance of a cheddar”. Unique! Joe selected and described this cheese admirably. “The pronounced flavors of this cheese have to be paired with an equally strong red wine. A cabernet or Malbec should fit nicely.” We made our way to the wall of red wines and soon found the 2013 Zuccardi Malbec to be a fine choice. It just so happens that this wine is not only a great pair, but it is also on sale! Given that the Karst is slightly more expensive than the other two cheeses per pound, this works out! Of the three sampled cheeses during the interview, this was by far my favorite. 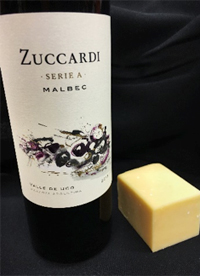 To wrap things up, this was a fantastic first cheese review for me. I am a novice in the field and aspiring to delve deep and become more knowledgeable about cheese and appropriate pairings. Being exposed to the experience Joe displayed further strengthened my resolve on this matter and I am in high anticipation of my next endeavor and future visits with Earthfare. The selections thus far were quite delicious and diverse. Only more reviews await and with each successive one, your horizon of potential cheeses to display at a social event will be broadened. Please allow me to learn with and guide you through this adventure. Say Cheese!

The three cheese varieties can be found at the Augusta, GA Earthfare