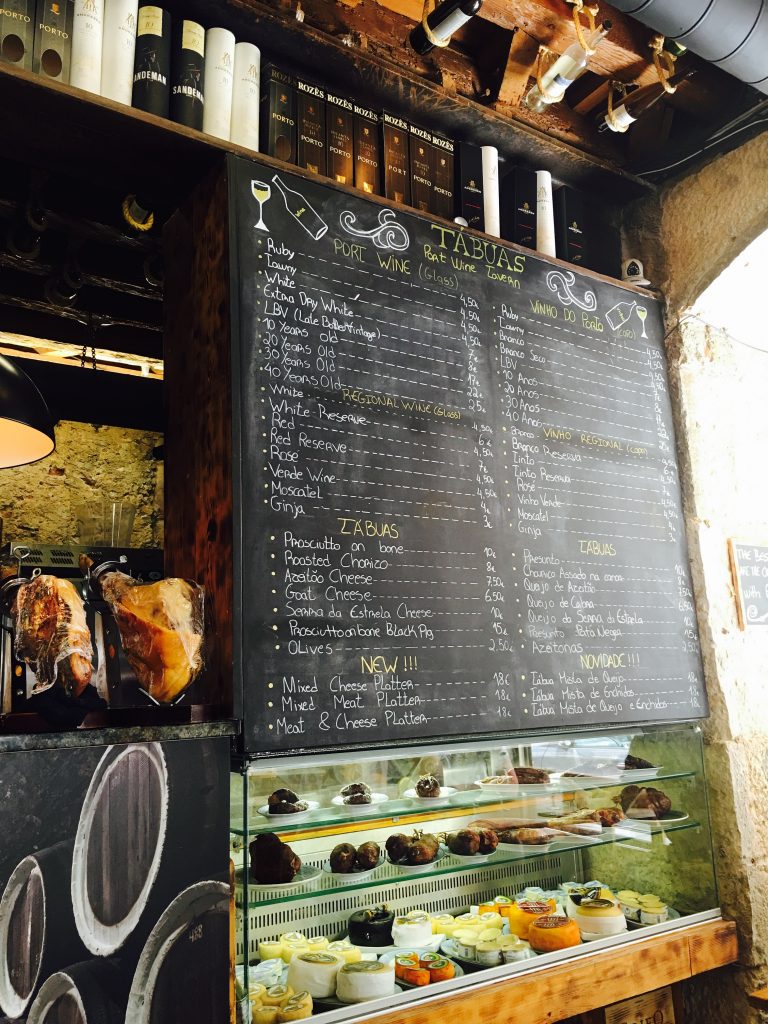 The Cheese Counter and Menu

There is just something special about trying a food or drink from where it’s made. A spot that’s difficult to place your finger on, but present nonetheless. Port wine is no exception. Port wines are wines fortified with other liquors to ensure a longer shelf life. This was originally done by sailors going out on long voyages whom didn’t want their wine to spoil. Having “Port” wine in ‘Port’ugal just seemed like something that had to be done. 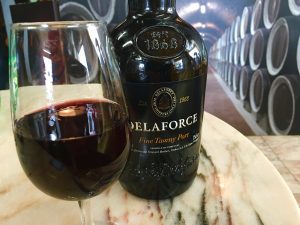 Wandering around the city of Lisbon, Portugal, I had continually noticed a cool looking bar and cheese counter located in an almost ship-like environment. You walk in and it feels as though you have just gone below deck of the Black Pearl (yes that’s a Pirates of the Caribbean reference). Only, this ship’s name is Tábuas Porto Wine Tavern. The walls are covered in an array of Port vintages and styles from white to tawny or red. There are plenty of wine selections as well, including a Spainish/Portuguese original- Vinho Verde. There is also an impressive little counter filled with cheeses and cured meats, which is what really got me excited. They were local cheeses and of a larger size, perfectly conducive for sharing, which is what the environment promotes. The most noteworthy was Azeitão. Other aged sheep and cow cheeses filled the glassed-in area. We stopped by and did not have any cheeses because we had recently eaten, but did sample some of the port wine as a bit of a dessert drink. Something nice to cap off our recent meal. I went with the tawny port which was rich, sweet and extremely satisfying. It would pair perfectly with a savory, salty cheese…..Serra perhaps! Anyways, I plan to go back very soon, try the rest of the ports and have a platter of the cheeses to experience all those that Portugal has to offer! Part two will follow soon. Until then. Cheers! 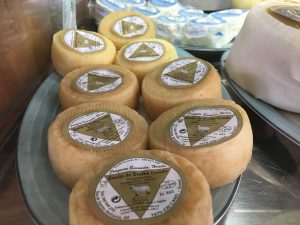